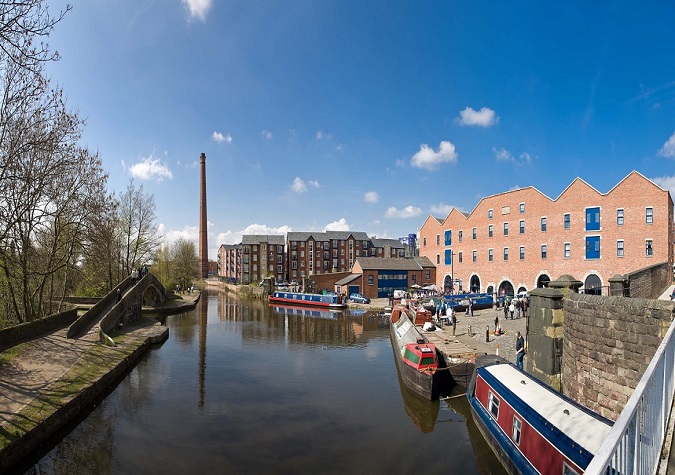 MUSEUMS are definitely not boring – as one group of Tameside teenagers have discovered.

Six months ago a group of eight young people, who were often seen hanging around Portland Basin and the local area looking bored and restless, were approached by Tameside Council Cultural Services staff to see if they would like to work on a project for the museum.
Stone Soup arts company were commissioned to work with the youngsters to make a promotional film about Portland Basin and the surrounding area.
The project has proven a resounding success with the young people enjoying getting involved in planning, interviewing, filming and editing while picking up skills along the way.
The young people showcased their film – which will be published on YouTube and used for various promotional purposes - at a private screening attended by Civic Mayor Cllr Fitzpatrick on Thursday 8 December at Portland Basin Museum. They also invited their families and teachers from their respective schools to the VIP event.
Council Arts & Engagement Manager Marie Holland said: “This project has taken bored teenagers off the streets and given them some really positive and productive to channel their energies into. Well done to all the young people involved for giving it a go and putting so much effort and passion into the project. It has been a great success and now we hope to extend the project to other local young people who may benefit.”
Here is what some of the young people had to say:
“I have enjoyed the project, including taking pictures of the museum. I have never used a camera before, I want to carry on learning about it. Projects like this helps young people stay out of trouble and gives them somewhere to go. The museum is important because it is the only place to go in the area, so I would like to thank everyone for putting this project on for us.”
“This project has helped me keep out of trouble, when I first came to the museum I didn’t think the staff were nice, I would mess about and get chased. Now I enjoy it more, I interviewed staff for the film and got to know them which was good. My favourite activity was canoeing even though I fell in, because it was my first time doing it and it was a new experience.”

View the latest Ashton Market Gallery exhibition in your own home