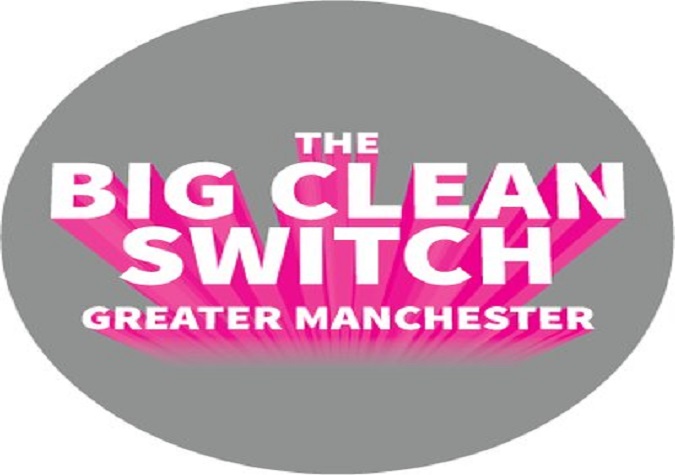 LIKE so many people in the UK, Tameside Council’s deputy leader, Cllr John Taylor, stayed resolutely with the same energy provider. Despite all the inducements he was offered, and all the price rises he suffered, he saw no reason to move to a different supplier.

Then he heard of the Big Clean Switch (BCS), and finally decided to make a change.
Big Clean Switch is a social business that wants to help as many people as possible make the move to green energy while saving money on their energy bills.
They are working in partnership with the Greater Manchester Combined Authority (GMCA) which is committed to making the region a clean energy leader, and has set a target of cutting emissions to 48 per cent of their 1990 levels by 2020.
A BCS spokesman explained: “The cost of generating renewable electricity has plummeted over the last decade, which is why moving to a clean energy tariff can now save many people money. In Greater Manchester you could make a major saving by switching from a standard variable rate with a big supplier.”
In Cllr Taylor’s case, his costs have come down by £325. Quite understandably, he’s delighted.
He said: “I saw all the commercials, was stopped in the street and had canvassers on my doorstep, but in spite of what they said I wasn’t impressed and saw no reason to make a change. I was with the same supplier for 47 years.
“Then a few weeks ago, I saw a presentation about the Big Clean Switch at a meeting of Tameside Council’s carbon and waste reduction panel. I was very impressed by what I heard and decided to investigate.
“I was able to find a provider who not only offered me clean, greener energy but also a saving of almost £30 a month. Naturally, I decided to take advantage, especially as some of the big national providers pay huge sums to their top bosses and are always increasing our energy bills. Switching was very easy.
If you’re interested in changing to cleaner, cheaper, energy, just as Cllr Taylor did, visit https://bigcleanswitch.org/gm
Big Clean Switch is a partnership between the Purpose climate campaign and Clean Energy UK which works with businesses, organisations, councils and renewable energy suppliers to make it as simple as possible to switch to cheap, clean power.
The only tariffs listed are from suppliers that can guarantee 100 per cent of the electricity they sell is matched by energy from renewables: solar, wind, water and biofuels.
Cllr Taylor summed up: “My favourite programme at the moment is “Blue Planet II”. It’s an incredible piece of television and I challenge anyone to watch it and not realise that we desperately need to take care of the earth by reducing pollution. The Big Clean Switch helps us to do that.”

You can give up smoking

Tameside to benefit from walking and cycling network improvements